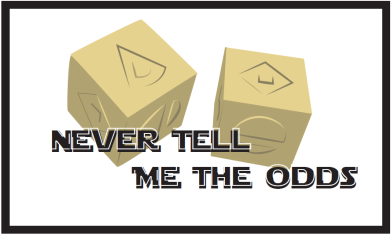 Below is an excerpt from Orkimedes’ (Never Tell Me the Odds) awesome write up of both Season 2 of Invader League, as well as the Yavin Base team lists:

Another season, another champion.  Um, actually, the same champion.  Congrats to Kingsley on the repeat!  Kingsley did it with another highly efficient Wonder Twins list, which we will talk about briefly below.  The runner up was Garnanana, who played a great season and ran a very solid Veers/Boba list.

This is primarily a data post though, so after we talk briefly about the top 2, we’ll dive into some nitty gritty details.

We will also look at some early data from Yavin Base Team League, because this is the first sizable event with the new Key Positions for which we have list data.  Spoiler alert: the bids are really interesting.

Kingsley has a very strong 17 point bid, and this thing is built for efficiency.  Wonder twins, Z-6s, and snipers.

This is a solid list.  If anyone owns Wonder Twins, it is Kingsley.  Luke and Leia together was already developing as an effective build in most places simultaneously after Leia’s release back in May, but Kingsley was the first one to popularize the idea and put it to good use in Invader League season 1.  Kingsley makes very few mistakes and knows how to run his twins.

We also talked to Kingsley about his list (and a lot of other things) on our podcast.

READ THE REST OF THE ARTICLE AFTER THE JUMP: https://swlegionodds.com/2018/12/14/invader-data-wrap-and-yavin-base-team-league-lists/

The New Ways to Motivate Them blog has an awesome Battle Report written by guest author Screwtape in regards to Round One of the Tabletop Simulator Yavin Base Team League (😅 that’s a month full).

At any rate head on over after the jump to see what’s been going on: http://empirelegion.com/2018/12/11/yavin-base-team-league-round-one-battle-report-from-guest-author-screwtape/

Registration for the inaugural Yavin Base Team League is now open! The Yavin Base Team League is a Swiss team tournament for Star Wars: Legion on Tabletop Simulator. Players compete in teams of three, and are paired off against one another in a best-of-three style match. Each team that wins two or more of its games in a match is awarded one point. Overall team records are used to break ties, so every game counts. Each team will play each other team, in accordance with the Swiss style format. At the end of the Swiss rounds, the team with the highest score and best overall record wins the league. If two teams are tied for first place, both on League points and overall record, then their placing will be decided by a playoff match.

Find out how to register after the jump: https://yavinbase.wordpress.com/2018/11/20/introducing-the-yavin-base-team-league/