Carrying this vital intelligence across Tatooine and into the depths of the Death Star itself, the droids went on a journey that changed the fate of the Star Wars™ galaxy forever. Soon, you’ll be able to capture the excitement of this adventure with the Crashed Escape Pod Battlefield Expansion for Star Wars™: Legion! END_OF_DOCUMENT_TOKEN_TO_BE_REPLACED

It’s been awhile since our last email and we wanted to let you in on a little secret.

In conjunction with the Cochin Kickstarter we have also been quietly working on something pretty exciting. From early on our printed terrain customers have asked for a way to build their own bundle.

Well that time has finally arrived. We’ve launched the Bundle Builder on our new and improved website!

Click on the button below to check out the Bundle Builder. You can reply to this email with any feedback you have! We love to hear from you guys!

While perusing the Halloween section at target today I come upon this little number. It’s around Legion scale and it’s only $12 bucks!

This would make a perfect addition to any Legion table. 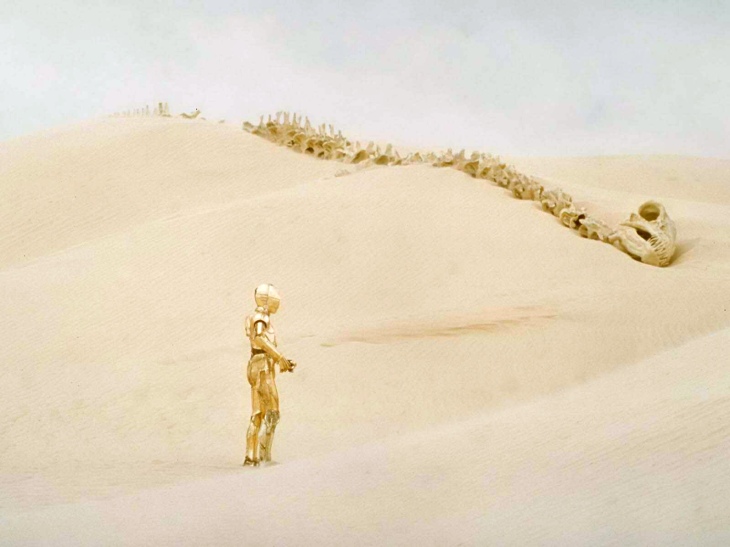 Dwayne Morash Endor board. And he’s post a tutorial over at Into the Game Nexus.
Here are some photos from the tutorial: 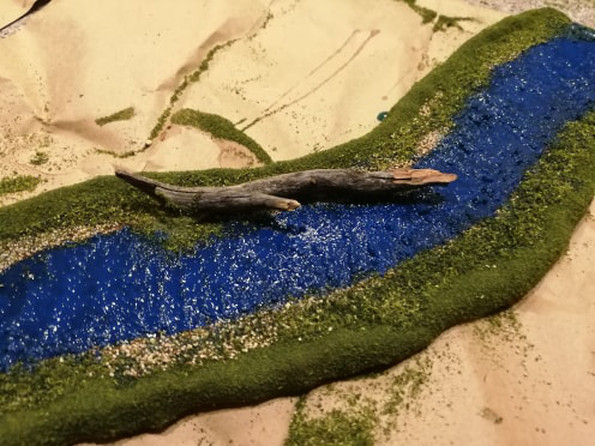 Read the article after the jump: https://www.intothegamenexus.com/gamenexusblog/bothan-report-making-endor-part-4

Frank Diorio of the Diorama Workshop is getting the Star Wars Celebration hype started with a look at the Battle of Scarif Diorama Builders workshop. Frank provides fans with instructions on building a Scarif Palm tree for your FFG Star Wars Legionscale figures.

Check out the video above, and the details below! END_OF_DOCUMENT_TOKEN_TO_BE_REPLACED 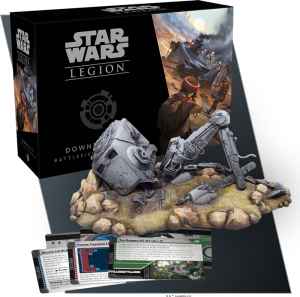 The Imperial All Terrain Scout Transport is a formidable war machine, cutting through Rebel lines as it stomps across the battlefields of the Galactic Civil War. Despite their appearance, however, these intimidating assault vehicles aren’t invincible. Soon you’ll find out what happens when one of these towering terrors comes crashing down. Fantasy Flight Games is proud to announce the Downed AT-ST Battlefield Expansion for Star Wars™: Legion!

Rather than marching forward and raining mortar shells on the hapless Rebels in its path, the wrecked AT-ST you’ll find in this expansion joins the fabric of the battlefield itself, providing valuable cover for your troops no matter what planet they’re fighting on. In addition to deepening your immersion in the Star Wars galaxy, the six new battle cards in this expansion also invite you to make your crashed AT-ST a focal point of the struggle between the Empire and the Rebellion, adding even more variety to your games of Star Wars: Legion.

Continue reading after the jump: https://www.fantasyflightgames.com/en/news/2019/2/11/at-st-down/

Releasing in February 8, 2019:   The pilgrim city of Jedha!   Battle it out in the most authentic version of Tythoni Square that you’ll find off-screen –  It’ll all come to life with our inspired-by-Jedha buildings and terrain.   Be sure to come back then for the complete release of buildings, accessories, STL files, and image gallery!

Featuring 15 structures, multi-level buildings and archways that tower over each and every street, screen accurate details ripped from your favorite scenes all built with practical SW Legion gameplay in mind.   Removable roofs and floors allow for easy, interior access.   Buildings that tower well beyond Height One…Boba Fett and Air Speeders — time to live that dream.  Sniper perches and ambush alleys…wide open avenues of approach and CQC environments a-plenty.   Wookie Warriors lurking on the 2nd floor?  You just might want to bring a TX-225 GAVw Occupier Combat Assault Tank to a knife fight.

While the over-all design is reflective of Tythoni Square, you’ll find that each of our buildings is designed

Continue reading after the jump: http://www.tsterrain.com

On this very special episode of The Fifth Trooper Podcast the boys are joined by Kevin Valliere (GroggyDog) of imperialdiscipline.blog as co-co-host and also we interview Shawn Morris of TheTerrainStudio!

Another week another great product!

This time we would like to present you our Legion large obstacle – Imperial Depot! 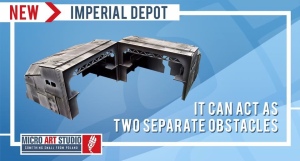 So, we haven’t really done an episode that focused on the hobby side of things for a good long while, so this week we figured we’d do *JUST* a hobby episode!  Josh has a new 3d printer, so he’s been slowly cranking out some terrain pieces for around the store, John’s been painting them up, and Matt just revels in the free stuff.  So, the two J’s opine on build quality and the general 3d printing experience. We’ve also got an interview with Dave Lawson from Imperial Terrain to get a pro’s views on 3d printing and where it slots into the community at large.