UPDATE 1/31/19: Two days after I posted this article, predictably, FFG released a massive update to their OP structure, despite a rep from Asmodee affirming the validity of the image guide over the weekend. Basically the first half of this article is now obsolete. But the LVO stuff is still good. Enjoy.

A Guide to Legion Organized Play

As we approach Legion’s first birthday here in just a few short months, more and more players will be feeling confident and comfortable enough to try their hand at Legion’s competitive scene, otherwise known in FFG-ese as “Organized Play.”

And while FFG has written a few articles laying out exactly how they want Legion’s competitive side to look, the complete structure and process by which a spunky farmboy from some backwater planet can from from their local meta to WORLD CHAMPION can still be a little confusing.

So first, we’ll lay out exactly what it takes to go from zero to hero through visual and written explanations. Then, we’ll take a look at what you can expect from a high quality Legion tournament with a primer for the upcoming Las Vegas Open.

We have one last CRITICAL update to share with you.

The Tournament Organizer and Marshall have decided to release the following Tournament Regulations Addendum. This addendum is designed to enhance the Legion Organized Play document, and explain the duties and responsibilities of judging during LVO. It will also cover penalties, and FAQ questions that have not been covered by the RRG or the Legion Rules Thread.

The document was built using the LVO weekend guidelines, so you’ll find it very close to the expectations of the other Vegas events. Please use this, in conjunction with the SW:Legion RRG, Rules Thread, and OP document to have a successful and enjoyable tournament on the 8th! As with our other major updates, we recommend you tag other LVO Legion players so they see this as well.

Not going to LVO but want to? Here is a link to the waiting list: https://docs.google.com/forms/d/e/1FAIpQLSfwFmSaRkU0YNfQ-BU01PNK75Vr3zjYZWe8jMlHgSmpcE70jA/viewform

Fantasy Flight Games has some changes in Organized play coming this year.

A Foreword from Alex Watkins

Hello FFG gamers! My name is Alex, and I am the new Global Director of Organized Play for Asmodee North America. For the past several years, I have been working on the Organized Play and Marketing teams in the UK and Europe. I’m very excited to be taking on this new role. As an avid gamer, I know first-hand how important Organized Play is. I’ve made many friends and had a lot of fun organizing and playing in OP events over the years and across multiple platforms. This is my passion, and I hope to bring that passion into this role.

As I have been transitioning into this role, I’ve had the opportunity to speak to a number of players and retailers to get a sense for how FFG’s Organized Play has been performing out in the world. I’ve heard a lot of really positive comments, and I’ve also heard some very legitimate concerns. We’ve already been hard at work developing strategies and processes to help alleviate these concerns, and we will continue to explore every aspect of Organized Play looking for continual improvement with all of our programs and offerings. We have a really amazing Organized Play team in place, and we’re adding several new faces this year. We’re already seeing a lot of fresh ideas and innovation from our team, and I can’t wait to reveal some of that to you in 2019.

Below is an article highlighting some of the changes coming to Organized Play. As we move forward, I want to encourage all of you to reach out to us with any additional thoughts or feedback—both good and bad. I will personally be at a number of events this year, so if you see me, please feel free to come say hi and maybe play a game or two.

Keep reading after the jump: https://www.fantasyflightgames.com/en/news/2019/1/30/the-future-of-organized-play/

Kiting is the tactic of keeping distance between the attacking unit and the defending unit so that you can get extra activations and an attrition advantage before the opposing unit is able to attack optimally – so called because in most instances you will have one unit running and another unit following behind them like a kite. Kiting is a key tactic leveraging range or speed advantages over your opponent to maximize your longevity while still whittling down your opponent. Knowing how to kite or how to avoid it can often be a deciding factor in the attrition war.

The premise is pretty easy, and the actual execution isn’t too difficult either. The core of kiting is to reduce the targets optimal actions by allocating suppression or keeping distance to maintain an activation or damage advantage.

• Range is measured in 6″ increments

Courage: If a trooper unit ever has a number of suppression tokens assigned to it that is equal to or greater than that unit’s courage value, that unit is suppressed.

Keep reading after the jump: https://www.legionimpact.com/blog/corner-case-kiting

Over on the community board OfficialRules has added some updates.

Question: When playing the command card Sabotaged Communications, does it cause my opponent to only be able to issue a total number of orders equal to one fewer than is listed on their command card? In other words, can my opponent use the upgrade card HQ Uplink or the ability Entourage to issue additional orders?

Answer: No, Sabotaged Communications specifically refers to the orders issued by the opponent’s command card. That player’s nominated commander or operative issues one fewer order with that command card, meaning that one of the units listed on the command card will not be issued an order. This does not apply to orders issued through other game effects, such as HQ Uplink.

Correction: The “Issuing Orders” entry in the Rules Reference should include the following bullet point:

• During the Command Phase, a unit can be issued an order only once, even if a game effect causes that order to be removed or issued to another unit instead.

Answer: When resolving “at the end of its activation” effects, the player that controls the unit that is activating chooses the order of those effects. In the case above, the player controlling the targeted unit could choose to have it perform the attack granted by the command card before resolving the effects of Give in to Your Anger.

Visit the community board after the jump: https://community.fantasyflightgames.com/topic/277344-star-wars-legion-official-rulings/?tab=comments#comment-3605292

The warriors of Kashyyyk join the fight as the Rebellion’s first melee specialists. They are also unique as one of the first multi-wound infantry units, along with their counterparts, the Imperial Royal Guard. Sporting a high overall health pool and excellent weapon options, the Wookiee Warriors are versatile brawlers that excel at both melee and…

Continue reading after the jump: https://yavinbase.wordpress.com/2019/01/22/databank-wookiee-warriors/

Not every hero of the Empire gets the recognition they deserve – some war heroes sacrifice for the cause without any notion of fame or glory. In Star Wars Legion the Imperial Officer is a low cost non-unique all purpose commander who is skilled at keeping troops on the field.

Continue reading after the jump: https://www.legionimpact.com/blog/imperial-commander

15 – The shield will be down in moments

The Scoundrels talk about Specialists, Coordinated Fire and its implications on LVO.

Notorious Scoundrels – Mike Barry(Dashz) and Kyle Dornbos(Orkimedes) from Never Tell Me the Odds join David Zelenka(Endless) from Yavinbase to talk about Star Wars: Legion competitive play and improving your game.

On this episode we interview War Corgi (Michael) and talk about the Rebel Specialists.

Episode 15 is here! The STABcast crew takes a look at how to learn form our play after the game, a news wrap up, and how to play some of the stranger battle card set ups. 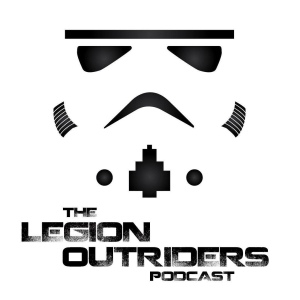 We’ve got our specialists and now it’s time to establish our Command hand before LVO. Do the new command cards rank among the best? Will Standing Orders be dethroned as the only “must have” card in the game? Can John actually count to 5? All these questions will be answered on this week’s Legion Outrider Podcast! Time to pick up your preorders

Recently I had the pleasure of doing some art for Nicholas Freeman and the Impact X blog.

going forward alt cards will be double sided with one serious side and one fun side. Im working really hard to source some great artists for you. all art is paid for and licensed.

January is a Boba Fett
February is Chewbacca

all the funds from patreon go towards overhead and content creation – https://www.patreon.com/impactx“